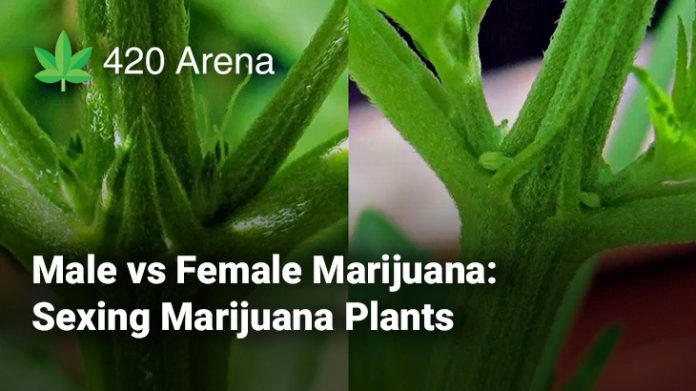 When it comes to growing marijuana, the gender and reproduction cycle of the plant is something that really confuses the growers. This is particularly a confusing topic for those growers who have just started out with their growing process and are still finding their feet. The most basic thing that most growers know is that female plants are the ones that you are supposed to grow and male plants need to be kept away from the female ones. However, this is not even the tip of the iceberg and there’s so much more that a grower needs to understand about cannabis reproduction and sexing of marijuana plants.

Over the course of this article, we hope to clear a number of confusions and answer questions about male vs female marijuana plants. Many people wonder about how to tell the difference between the two sexes – and sexing marijuana plants is exactly what we are going to discuss here in this article. We shall also be answering a number of other questions related to marijuana reproduction and we hope that by the time you reach the end of this article, you have a much better understanding of how to determine the gender of your plant.

Most growers know that male and female plants are seperated. But there’s a reason behind that. Keeping both the male and the female plants together would mean that there would be pollination that would take place and it would lead to the production of seeds. However, when you seperate the two flowers and keep the females seperated, they would then produce a seedless bud which is known as ‘sinsemilla’ – which is basically what you see being sold to you.

Sometimes you might get a seeded bud as well, especially in countries and regions where weed isn’t really grown in dedicated labs or indoors – but is grown along with other crops and where male and female plants are not separated. These buds are also smoked but they give you a much lesser ‘high’ compared to what a sinsemilla would give you. On top of that, the smoke that these seeded buds produce is harsh and most people generally avoid it.

It is for this reason that it becomes critical for growers to know the difference between the male vs female marijuana plant and how to identify them. Basically, when someone talks about ‘sexing’ the marijuana plant, this is exactly what they are talking about. Let us now take a detailed look at how to know the gender of your marijuana plant –

Male vs Female Marijuana Plant: How to Know The Difference?

The way you can differentiate between male vs female marijuana plants is pretty much the same as you do that with humans. You need to check their organs. However, while plants don’t have legs to look between, you can look between the branches to see what’s growing at the nodes. A node is basically that point in a plant’s body from where the branch grows from the stem. At the juncture of the branch and the stem, you can find the sex organs of marijuana plants.

The male plants will be the ones with those which will have pollen sacs developing at the nodes while the female plants will be the ones which will have a stigma to catch the pollen that is being released by the male plants. Once the pollen from the sac is released into the air and is dropped inside the stigma, sex between marijuana plants has happened and the female buds will now grow seeds on them, which will reproduce other male and female marijuana plants in return.

However, the sex organs of marijuana plants don’t really appear right when you begin to grow them. In fact, they don’t even appear for most of the vegetative stage. Once your stage of vegetative growth is about to end, it is only then that you will begin to notice that reproductive organs have begun to emerge on the body of the plants. This is the stage that is known as ‘pre flowering’. This stage is attained at about four to five weeks after you’ve begun growing your marijuana plant. Ideally, you should be able to determine the sex of your marijuana plant by the time you reach the sixth week of growth.

Furthermore, there are some patterns of growths which give you a good idea about the gender of your plants. Female marijuana plants generally tend to have a much more complex branching system compared to male plants. Male plants, on the other hand, are generally significantly taller in comparison and their branching system is quite simple. Sometimes you can even guess the gender based on the sprouting pattern. When the sprout emerges from a germinated seed, if it is on the top or the bottom of the seed, it is likely to be a female marijuana plant and if it happens on the sides, it is likely to be a male marijuana plant. However, these methods are just ‘tells’ and are not an accurate way of determining the sex of your plant. While they are accurate most of the times, the only way in which you can be 100% certain is when the sex organs begin to appear.

For those still confused about the actual difference, here’s a look at the male vs female marijuana plants:

Apart from the male and the female plants, there is also the possibility of sometimes having a hermaphrodite plant as well. A hermaphrodite marijuana plant is basically a female plant which also has male organs. The reason this happens is because the plant goes under excessive stress and develops male organs. Stress on a plant can occur due to a number of reasons – and training your plants is one such reason. There are high-stress training and low-stress training techniques which are used on a plant and these high-stress techniques might just lead to the plant getting damaged, thereby causing excessive stress.

Damage to the plant can happen due to a number of other reasons, such as bad weather like excessive winds or rainfall. Then there can also be pests and insects which damage the plant. Another common reason as to why plants get stressed is due to diseases. Then there might also be nutrient deficiencies which cause stress to the plants.

The Importance of Reproduction in Marijuana Plants

Marijuana plants, just like any other species of humans and plants, need to reproduce because it is critical for the survival of that species of plants. Consider the same with humans – if we stop reproducing today, there’s a good chance that in about a few centuries from now the human race will be wiped out. This is actually what is happening with pandas who are known to be slow and uninterested in mating and hence the population is declining. In order for there to be more marijuana plants, marijuana plants need to reproduce.

However, when you are growing your plants for personal consumption, you do not need your plants to reproduce. In fact, you have to make sure that reproduction does not happen in your plants and you get a ‘sinsemilla’ to smoke. Plant reproduction is an important process for people who like to breed marijuana plants – these are people who cross plants of two different genetic makeups to create new varieties to get a higher potency or a better taste. Sometimes, newer breeds of marijuana plants are more resistant to pests and diseases as well, which is another major importance of breeding these plants and having them pollinate naturally.

When you are growing your marijuana for getting the bud that you want to smoke, you must make sure that the seeds being used are feminized seeds. This basically means that these seeds will give birth to female plants only. Naturally, when a plant grows seeds there’s a 50/50 chance of them being male or female. However, feminized seeds are specially treated and have a 99% chance that they will grow into female plants. Seeds like these can be bought from seed banks which are present all over the world.

Imagine a seed bank like a blood bank where instead of having different types of blood groups, different types of seeds are stored which will carry different genetic makeup and different genders. Feminized seeds are the most popular when it comes to gender-based separation of the marijuana plant. It is now that some growers would wonder as to how can it be pre-determined that these seeds will produce a female plant only?

This can be done by a combination of different techniques. One thing that needs to be done in order to get feminized seeds is to interrupt the light cycle of the plant during the flowering stage. In addition to this, there’s also another option where you can spray your female plants with colloidal silver or silver thiosulphate solution which has also been a proven technique and has shown effective results in producing feminized seeds.

Read more: How to Choose the Best Seeds for Growing Marijuana?

Here is a closer look at some of the most commonly asked questions about male vs female marijuana plants and sexing marijuana plants that we get from our readers. Do go through this list and we are sure it would help solve some doubts and questions that you might be having as well:

1. What are autoflowering plants?

These are the plants that are born out of automated feminized seeds and you don’t really need to identify the sex of the plants here. Normally, when you ‘flower’ a marijuana plant you need to reduce the lighting hours. However, with autoflowering plants you don’t really need to do that as the plants will grow even if they are getting 24 hours of lighting! These plants are smaller in height and are usually better suited for indoor as well as outdoor growth.

2. What can male plants be used for?

While male plants need to be separated from the female plants, it does not mean that they are completely useless. These plants can be used for a variety of purposes ranging from making hemp fiber to making hash. Male plants are also useful for the purpose of breeding as mentioned above. They can even be used to make terpene oils which can be used for pest control purposes.

3. Where can you buy feminized marijuana seeds from?

Feminized marijuana seeds can be bought from seed banks which are present all over the world. Most of them allow you to walk in and buy seeds and many deliver these orders online as well.

We hope that by this point in the article you have come to know about everything one must know when it comes to sexing marijuana plants and have understood the complete difference between the male and the female marijuana plants. We have also tried and provide information on other types of marijuana plants such as hermaphrodites and autoflowering plants. In this article you can also find information about feminized plants and basically everything else that is concerned with the reproduction of cannabis and sexing marijuana plants. If you feel we’ve missed out on something or if there’s something more that you would like to know, let us know in the comments section or drop us an email about the same and we will get back to you shortly! Till then… 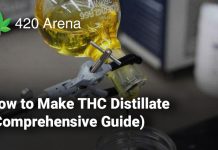 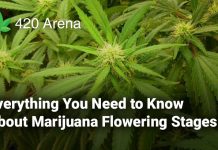 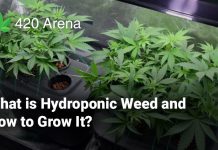 What is Hydroponic Weed and How to Grow It?