Hemp Oil vs Cannabis Oil: A lot of people confuse hemp oil with its headline-grabbing, wilder distant cousin marijuana oil but it is way different than that as it has completely different structure and qualities. The hemp oil is the flavorful, nutty oil that is extracted from the raw seeds of the hemp plant.

Hemp oil is widely accepted as a beauty aid and is also documented as a dietary supplement. However, it does not help among cancer patients like the cannabis oil does. Hemp seeds are known to be rich in insoluble fiber, polyunsaturated fatty acids, protein, omega 3 and omega 6 as well.

Hemp seeds are an excellent source of Vitamin E antioxidants or tocopherols. These seeds come with loads of minerals such as, iron, magnesium, zinc, potassium, phosphorus and calcium. They are also packed with micro-elements such as arsenic, strontium, chromium and thorium.

Even though hemp oil and cannabis oil are made from different parts of the same plant they are not the same products at all. Hemp oil is known to be a nutritional oil that is made from hemp seeds. These seeds are some of the most reliable and versatile seeds known to man.

Cannabis oil on the other hand is made from the other parts of the cannabis sativa which contains higher levels of THC and molecules which trigger healthy responses in the human body.

All the different types of oils that are extracted from the cannabis plant contains CBD and THC. the main difference in those oils is the amounts of CBD and THC present in them. Cannabis oil is usually made up of 5-15 THC. That is why people who consume it get the ‘high’ which is directly coming from the amount of THC present in the plant.

Cannabis oil has been mostly used for recreational purposes, however, in recent times, the officials have allowed the people to use it for medicinal purposes. While on the other side of the story, hemp oil only contains less than 2 of THC and has a relatively high concentration of CBD present in it.

The CBD allows the consumers to have a relaxing effect without the psychotropic effects that can be experienced by consuming cannabis oil. The U.S. law has differentiated between the cannabis oil and hemp oil by stating that the hemp is any art of the cannabis sativa plant which does not contain or has absolutely minimal amounts of psychoactive compounds.

Health Canada has also differentiated between the hemp oil and cannabis oil by stating that any part or product of the plant ‘cannabis sativa’ which contains less than 0.3 of THC molecules can be categorised as hemp.

For example, there are two types of oils usually derived from the cannabis sativa plant, those are the CBD oil and THC oil. The CBD oil is well known for being a long term legal health supplement that is known for providing each and every single one of the health benefits of consuming cannabis in a concentrated form by only extracting the cannabinoids that are responsible for these above mentioned biological health benefits without the high that is associated with marijuana.

Whereas, the THC oil has more concentration on the THC levels which makes it the oil which offers the most potent high for whoever consumes it, while it does not concentrate too much on the cannabinoids which offer great health benefits.

One of the most noticeable benefits of hemp oil is that because it is so rich in omega 3 and omega 6 fatty acids, its composition is very similar to skin lipids. This makes hemp oil an excellent natural moisturizer. Hemp oil can also be used to treat dry hair as it is also present in a lot of hair conditioners.

Hemp oil is the only vegetable oil that contains both, omega 3 and omega 6 fatty acids. Hemp oil helps to accelerate metabolism process which ultimately helps in lowering the cholesterol levels. As we all know that with faster metabolism, the fats are bound to burn quicker which does not allow them to saturate in the arteries.

As it is the only vegetarian oil that contains both omega 3 and omega 6 fatty acids in the right proportions, hemp oil is a dream oil for all the vegetarians and vegans who are health conscious. Te same fatty acids are also known to boost the immunity level of the human body as it increases the resilience of the body by becoming a barrier against microbes.

In conclusion, if you want all the actual health benefits that are offered by the cannabis plant then you should try out the hemp oil and you will see the difference and you can also consult your medical professional about it if you are not sure about it as it is legal in most countries. However, if you want to enjoy the famous high from the cannabis plant then you should stick with the cannabis oil as it gives you the high with some of the health benefits as well.

All you need to know about Hemp Oil vs Cannabis Oil 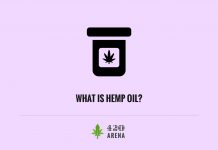 What is Hemp Oil? What are the Benefits of Hemp Oil? 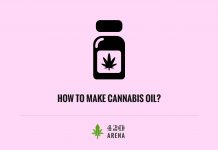 How to Make Cannabis Oil?

How to Build a Hydroponic Grow Room

How to Build a Hydroponic Grow Room