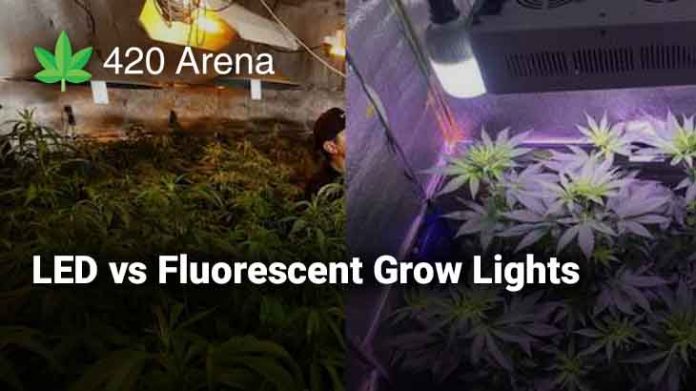 Those who like growing weed know that there are two ways to do it. One way is to do it in naturally under the open skies and below the sun. However, in this method, you leave things to nature and are dependent upon natural factors upon which you have limited control. Hence, many growers prefer growing weed indoors – where they have greater control over light, heat, air, and water – the four basic factors required to grow their plants.

Why Do You Need Grow Lights?

When weed grows naturally under the open skies, it takes light and heat from the sun, which is the natural source of both of them. However, growing it indoors means you completely block the sun and need a source of light and heat which would emulate the effect that the sun would have on plants in a more controlled environment. This is why you need grow lights because they provide light and heat to your weed.

Grow lights are great for your plants because since you are growing them indoors, you have a greater control over the light and the heat that you provide to your plant. Under the open skies, the sun might hide behind a cloud for days or it might be too hot or too cold for your plants to grow well. However, when you do it inside a controlled environment, you can adjust just the perfect amount of light and heat using grow lights. This results in a better output of weed under the perfect setting!

While it doesn’t really matter which type of light you are using as long as you provide the required light and heat to your weed, you must know the difference between LED grow lights vs Fluorescent grow lights so that you can make an informed purchase. Here’s a closer look at the two different types of lights, helping you understand the difference better:

What are Fluorescent Grow Lights?

The basic principle on which these type of grow lights operate is that they convert electrical energy into light by means of running a current through mercury vapor. What this does is, that it creates a UV radiation that stimulates the phosphor coating inside the lamp, causing it to glow brightly. This is the effect that is essentially known as ‘fluorescence’.

There are two types of Fluorescent grow lights – the first one is commonly known as CFLs (Compact Fluorescent Lights) and the second type of these are fluorescent tubes. However, at first read, one might make the rookie mistake of confusing them with the CFL bulbs and tube lights that we use in our homes on a day to day basis. These are actually larger in size and produce a much higher intensity of light along with a higher wattage and a broader spectrum and are hence quite different from your regular household lights. These are different because growing a plant has a different kind of need compared to regular household needs.

What are LED Grow Lights?

LED grow lights work on Light Emitting Diodes (LEDs). Here, there are a number of LED chips that are pasted on to a board and once you pass current through them, all these LEDs light up and provide light and heat to your weed. The semiconductor chips on which LEDs operate are known as LED dies, which convert electric current into photons. This process is known as ‘electroluminescence’. Most LED lamps feature LED lights mounted on to a heat sink, which also helps in the easy dissipation of heat. There are directional lenses which allow the LED light to be focused well on the plants.

Most LED grow lights that you get in the markets are actually configured to emit a wavelength that is quite similar to that of the natural daylight spectrum. This basically means that the light that these grow lights emit is quite similar to the natural sunlight that the sun emits – providing the right type of light and heat in the right wavelengths!

LED Grow Lights vs Fluorescent Grow Lights: What Are The Differences?

Here are some key factors which help you differentiate between the LED Grow Lights and the Fluorescent Grow Lights.

The most primary difference between LED grow lights vs Fluorescent grow lights is that of the fact of how they provide light to the plants. While the latter provides light by passing current through mercury vapor, the former is a simpler process where electric current is converted into photons. This is the key difference between the two and one that most growers need to understand!

Sunlight contains a full spectrum of wavelengths – and what we see out of it is the ‘visible spectrum’. Similarly, plants require a specific spectrum of lights to which they respond. Light helps plants generate energy by photosynthesis and pigment by producing chlorophyll Hence you need to know what you’re really buying. When you get a fluorescent grow light, they usually come in warm, cool or full lighting these days.

However, when it comes to LED grow lights, they are way more customizable and supportive. The technology that powers LED lights allows you to emit certain combinations of lights upon the plants that this light actually resembles the natural light of the sun and has the same effect on plants growing under it. With the correct combination of wavelengths and color temperature, you can actually tweak your weed to produce more of certain elements which would result in a stronger flavor or a more potent effect upon consumption! Hence, LED lights are preferred here.

While both these forms of light do not create a large amount of heat, this is yet another area where LED grow lights score better than Fluorescent grow lights. This is because while the latter produces little heat when seen individually, if you use a large setup such as that which consists of T5 lighting, you would require to use proper cooling mechanisms as it can create quite a large amount of heat (although not usually enough to damage plants – but the lights can get damaged)

LED grow lights, on the other hand, produce almost no heat. While it is still recommended to use them along with heat vents and fans, many of the latest units just have a small fan which can dissipate any anticipatory heat.

Energy consumption is one big issue where LED lights have been heavily favored over their older counterparts. While fluorescent lights provide a good lighting option, they also consume a lot of energy. LED lights provide the same amount of lighting at a much lower cost. Light levels are typically seen in watts – however, when it comes to LED lights, there is quite a difference. A 300 Watt LED lamp can provide an output which is equivalent to a 600 Watt Fluorescent tube. Basically, it consumes 300 Watts of electricity to produce the output similar to what a traditional 600 Watt fluorescent light would do. LED lights can save up to 50% of light energy as opposed to the fluorescent lights.

LED lights have been scoring well in almost every aspect of this comparison and they score another major point here because the lifespan of LED lights is much higher than that of a fluorescent grow light. This is the area where LED lights score a major win. Most average LED grow lights have a lifespan of close to 40,000 to 50,000 hours. While this number is big in itself, it is even bigger when you look at it from the perspective of fluorescent lights.

An average CFL has a lifespan of 8,000 hours while if you were to use a T5 lighting system, it would offer you anywhere between 10,000 to 20,000 hours. Hence, LED lights are a way better investment when it comes to growing weed indoors when compared to fluorescent lights. We call it an investment because….read our last point for that!

The only aspect where Fluorescent lights beat LED lights is that of the cost. Traditionally, these lights are quite cheaper compared to LED lights. However, when you look at them from a long-term investment point of view, LED lights will again reign superior because these lights provide you an output of just 8,000 to 20,000 hours (depending on which kind of fluorescent light you buy) as opposed to an average of 50,000 hours of light in LED grow lights. Hence we can comprehensively say that LED Grow lights win the LED Grow Lights vs Fluorescent Grow Lights battle based on all these factors! Let us now take a closer look at the pros and cons of both these types of lights:

Let us now take a closer look at the pros and cons – the benefits and disadvantages of LED grow lights in detail.

Conclusion: Which is the Type of Light That You Should be Using?

If you are someone who has been growing for quite some time now, you might want to consider using the same old kind of lights that you have been using or you might want to try out a mix of fluorescent and LED grow lights. However, for those growers who are about to start off on their journey of growing weed, we believe that LED lights are a good way to go forward. This is because of the fact that they are cost-effective, save energy, do not pollute the environment and do not pose a health risk, as well as because they have a really long life and can be used for much longer. You might still want to consider using fluorescent grow lights if you are planning to grow for a very short term, but for anyone who plans to grow for a moderate to a long time – you must consider LED grow lights. 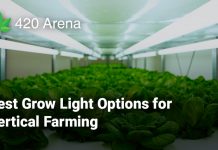 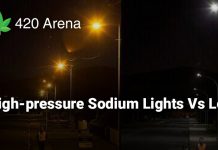 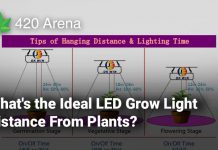 How to Build the Best Indoor Greenhouses for Growing Marijuana

How to Build the Best Indoor Greenhouses for Growing Marijuana